-The history of marina Jonkman

This giant bulb tells you about the water-rich history of Marina Jonkman in Sassenheim. The story starts at the back, depicted in a black and white film role in which Grandpa Jonkman with his boat ‘De Johanna’ hired out cruises for the wealthy class on the Kaag and Braassem, as a skipper.

On his bike he discovers a beautiful place near Sassenheim and stops at the beautiful house. Over the years he created a warm, beautiful green oasis for water sports enthusiasts, which is continued up to the present day through the efforts of the new generations. These generations are reflected in the story on the globe

In this black-and-white film role full of history, you see a speedboat with grandma Jonkman and her son (father of current owner Jolanda Jonkman), sailing club ‘De Boet’ and you can see that the marina continues to expand. This is painted on the background of an old map of the “Cage” and a common fish “de Bream”.

Then the black and white changes into full-colored sketches of the future of well-known places on the Kaag (including tea house Warmond, Kaagsociëteit), marina staff, portraits of the owners Hans and Jolanda on the flag, their dogs from then and now and their two daughters. 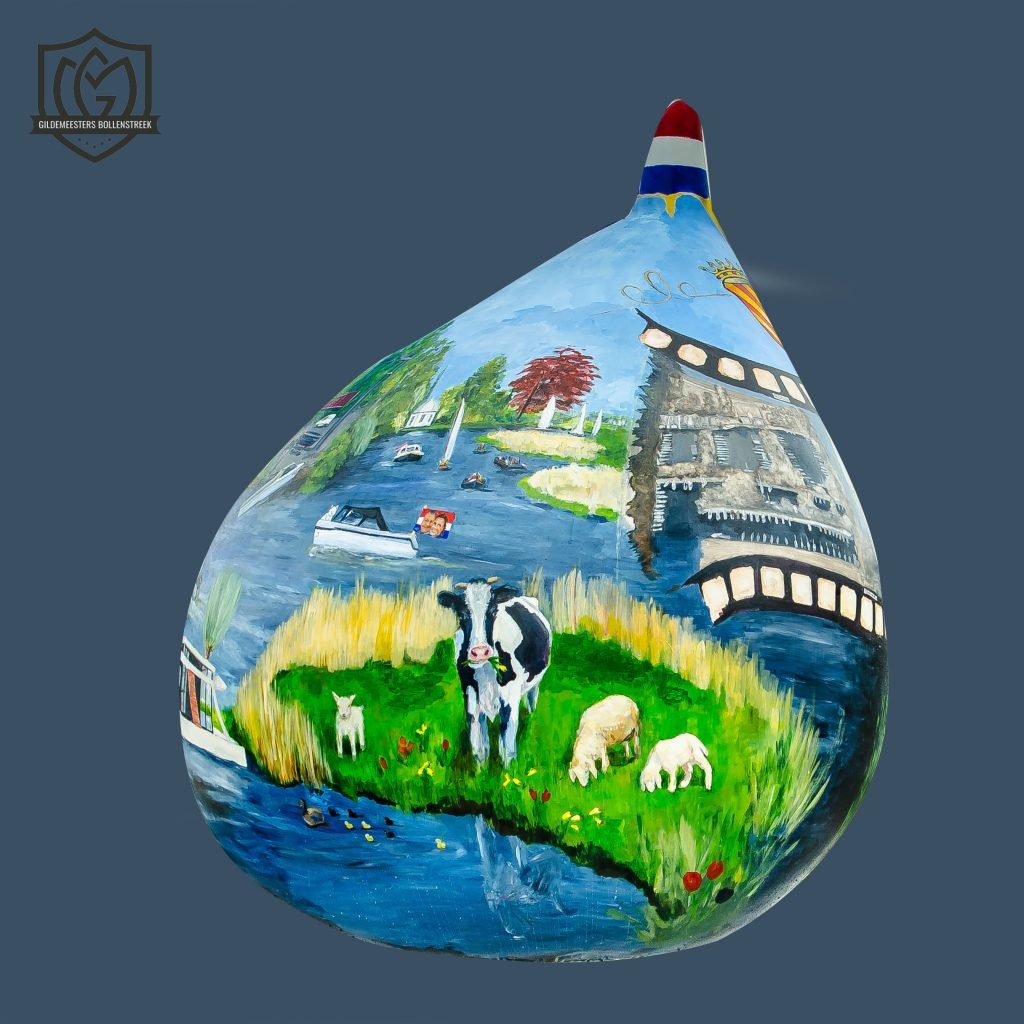 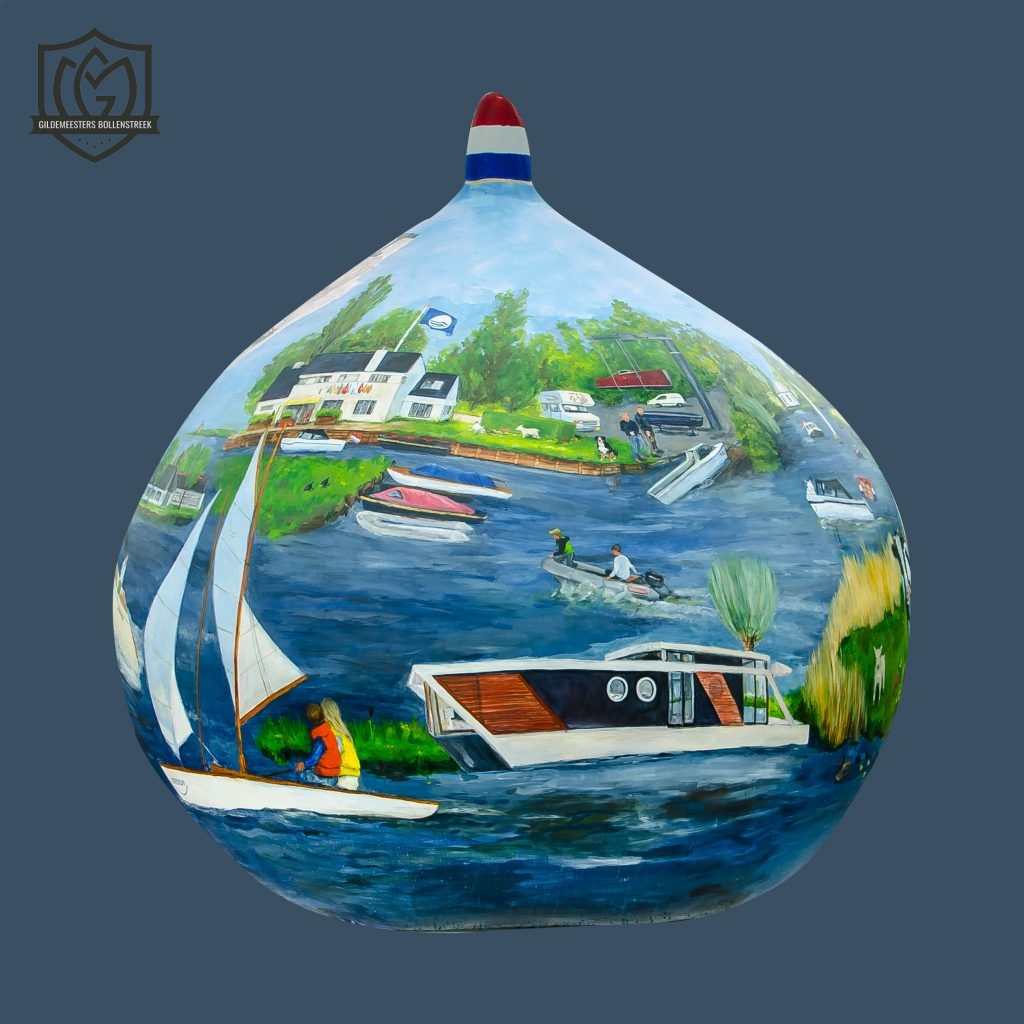 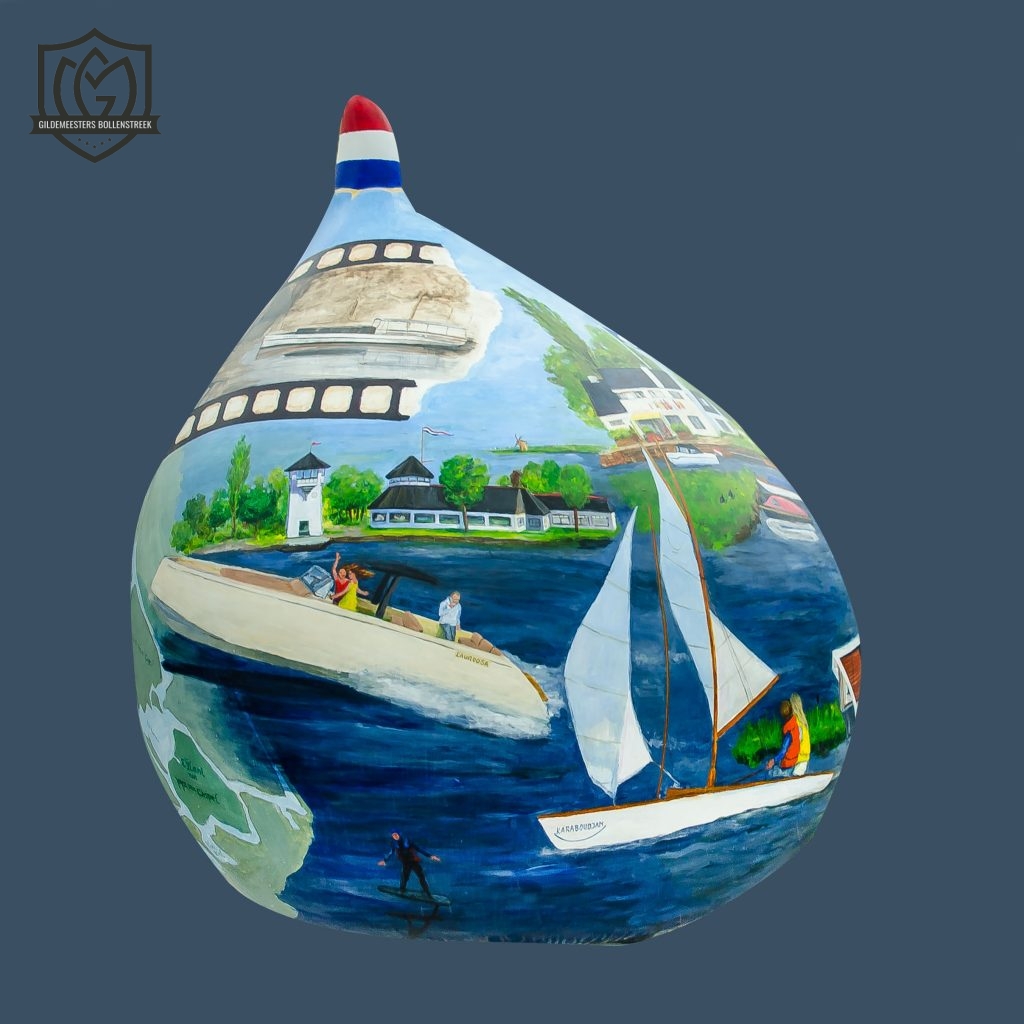 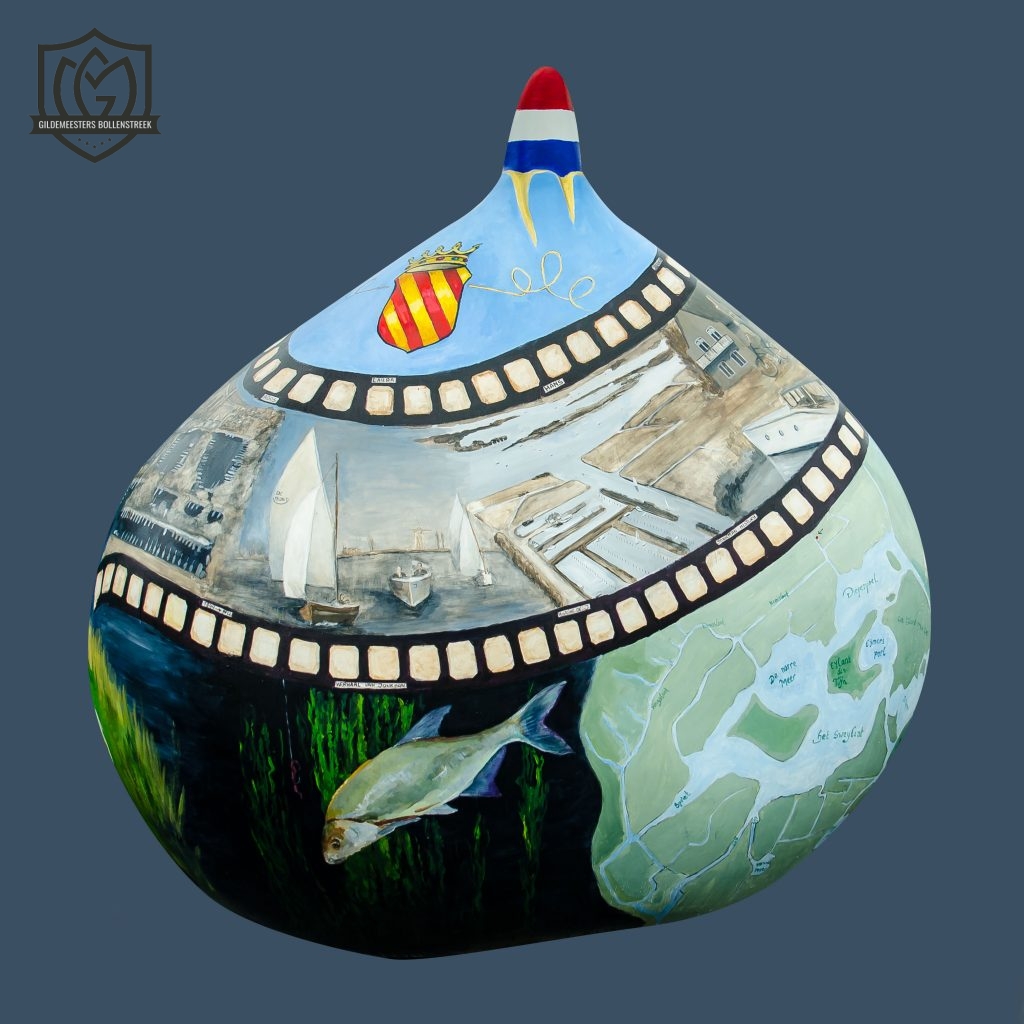 Joyce van Caspel (1970, born in Amstelveen, raised in Noordwijk) graduated in 2015 at the Amsterdams Wackers academy. Directly after graduating she won the  ‘Young Talent Award’ at the Noordwijk paintersfestival. Meanwhile she has exhibited her work in a.o. Amsterdam and Breda and her work is sold to many international artlovers through Gallery PR2. She wants to paint everything which moves her and inspires her. She always carries a sketchbook, not to miss anything. She loves to work in het mountain studio in the Chech Republic or her cosy studio in de Kaag (NL), where she draws and paints inspired by the nature surrounding her. But she is mainly known for her nudes and portraits.

To see her work: www.joycevancaspel.exto.nl 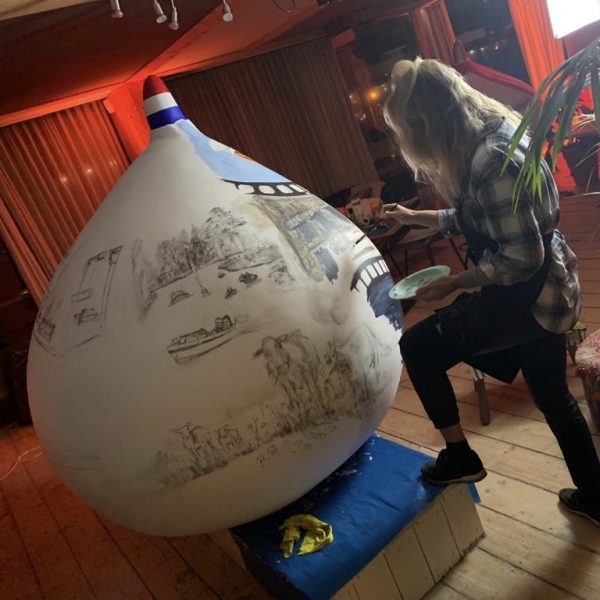 This Giant Tulip Bulb is adopted by Marina Jonkman in Sassenheim