Mid 19th century, something happened in France that had never been seen before. The French painters, who had until then worked in their attic rooms, fled the city with their easels on their shoulders. A long period of traveling and trekking began, and they also ended up in the Netherlands. The famous French painter Claude Monet painted in 1886 in Oegstgeest and Rijnsburg. On a beautiful spring day, he sat on the Almondeweg, near the current highway A44, and painted the windmills ‘Hope doet leven’ (moved to Voorhout in 1999) and ‘de Vlinder’ (demolished around 1935). You can see an impression of this painting on the front of this Giant Tulip Bulb. On the back you see an impression of the painting ‘Le bassin aux nympheas’ from 1899. 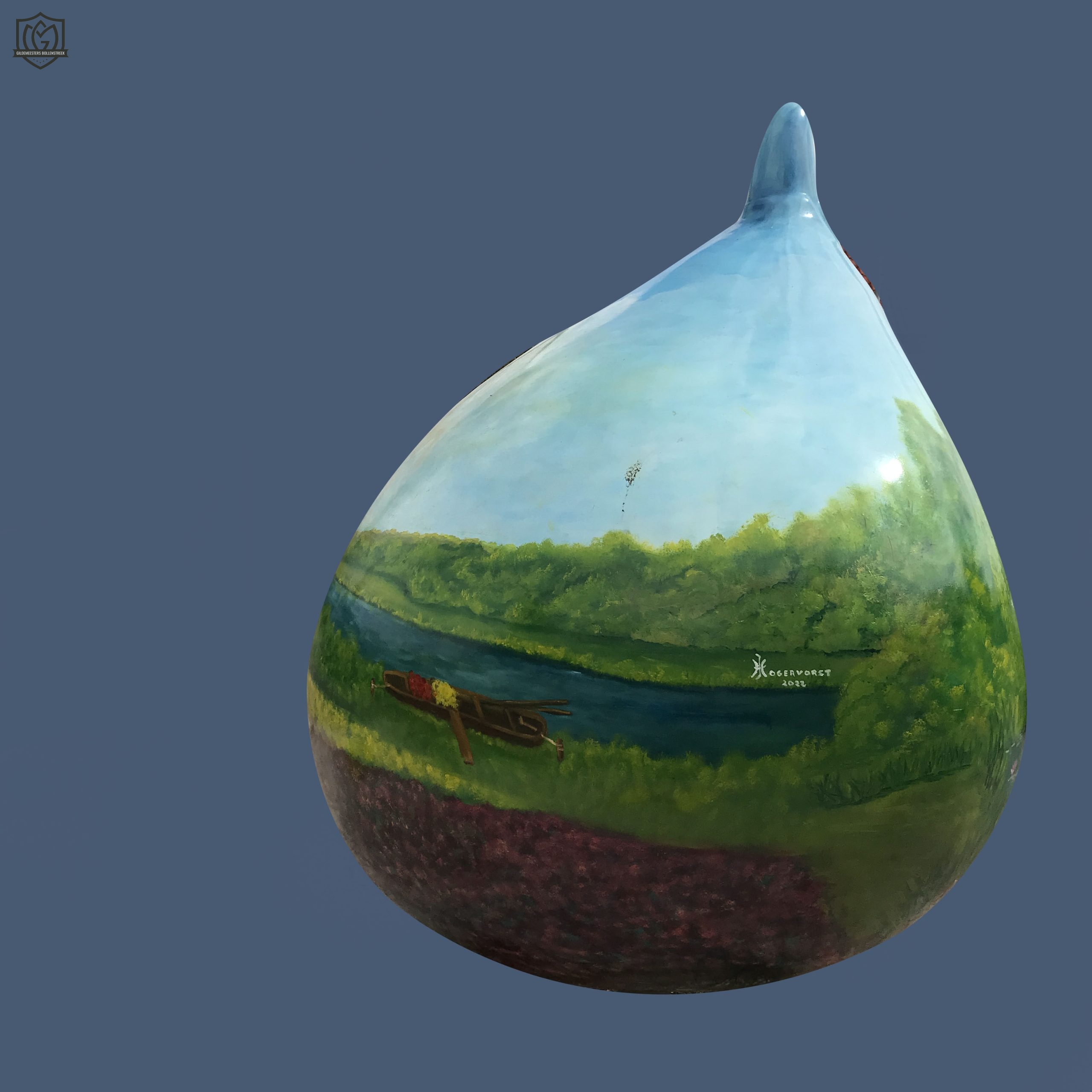 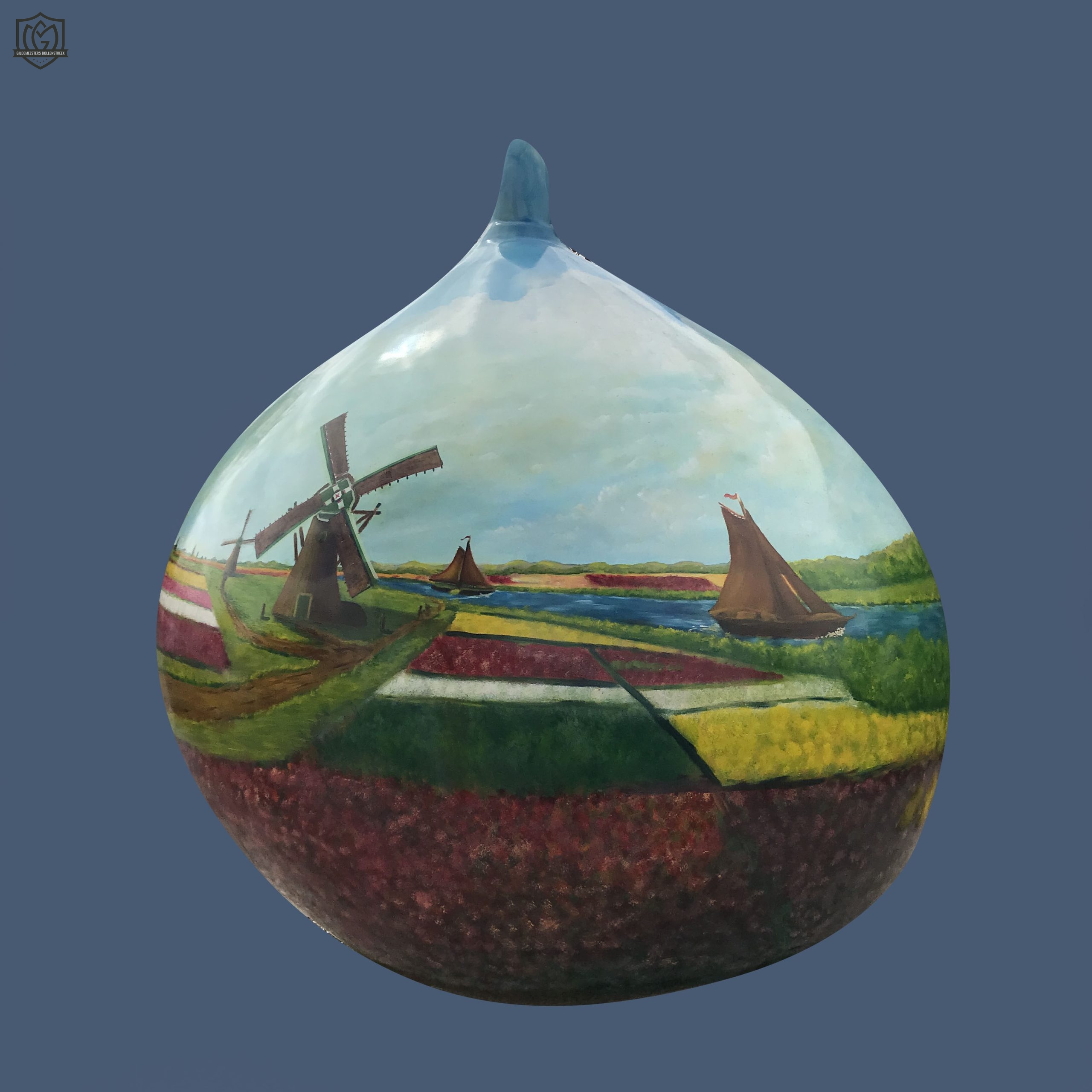 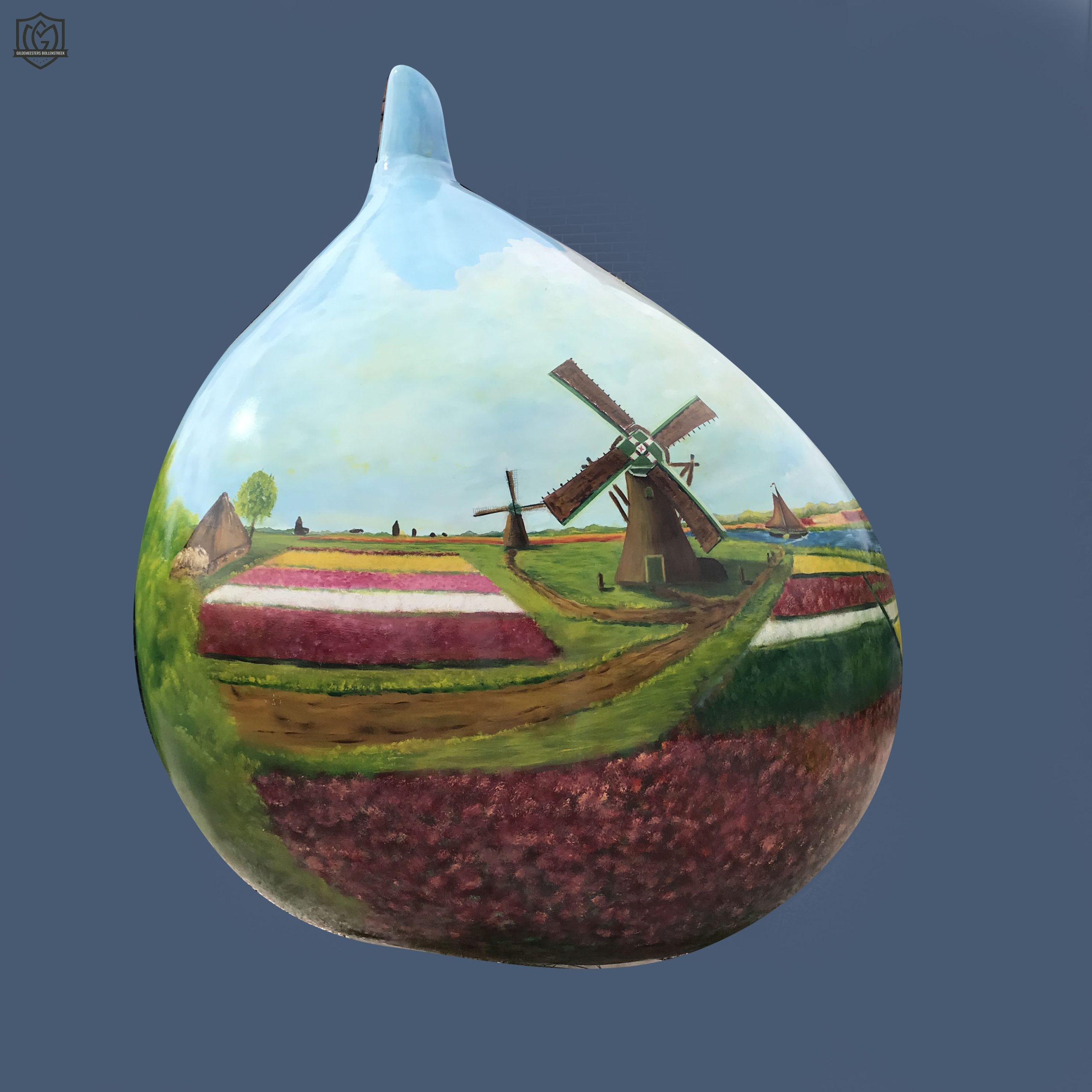 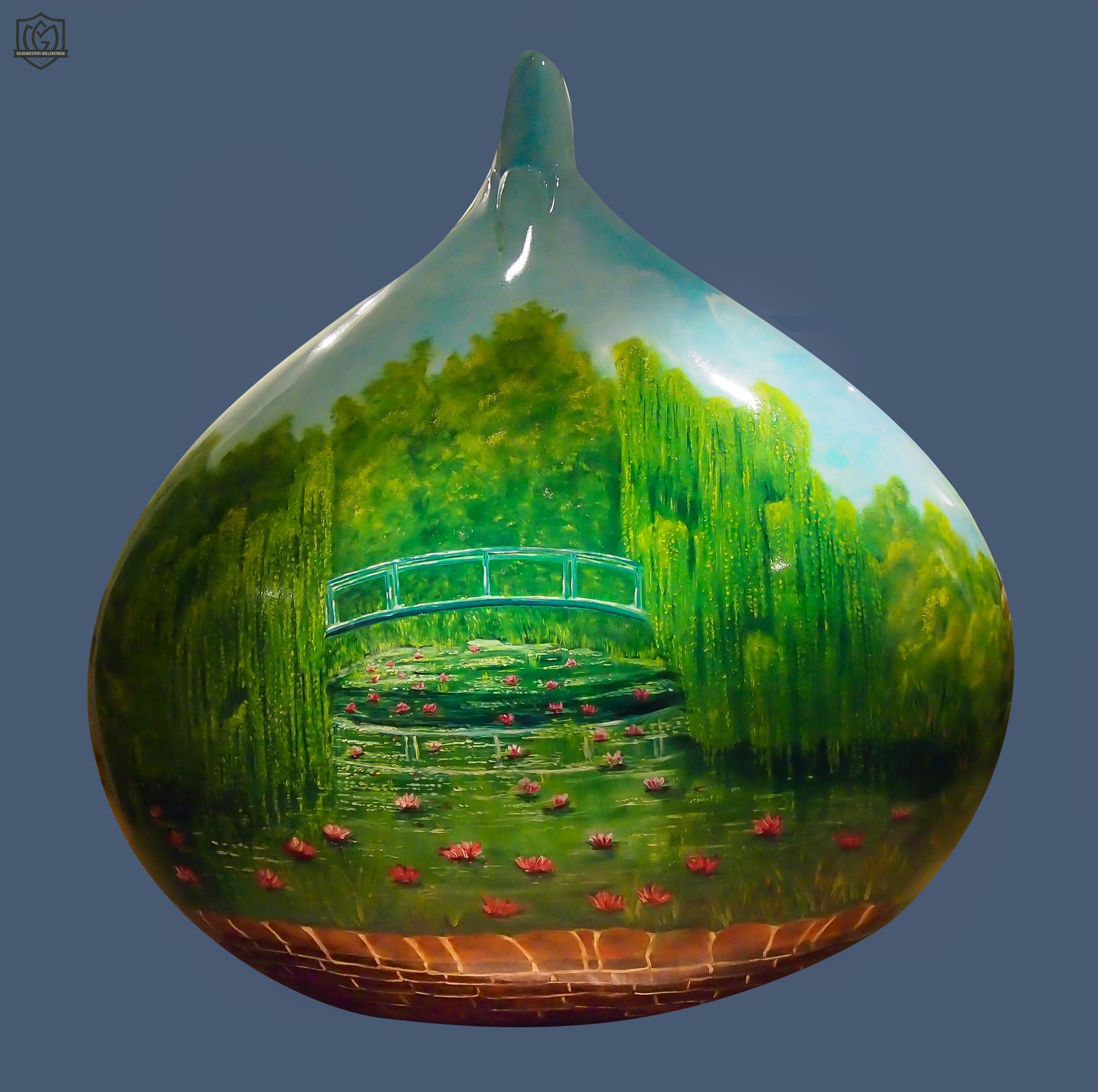 Jan Hogervorst has lived in Lisse (De Engel) all his life. He has always worked in the hospitality industry and has been retired for three years. This gave him more time to pick up his hobby: painting and drawing. He has enjoyed this a lot since his school days, but never really had time to do anything with it. Painting and drawing is his passion and he does this with great pleasure and enthusiasm. He actually paints everything he likes and does that on commission. 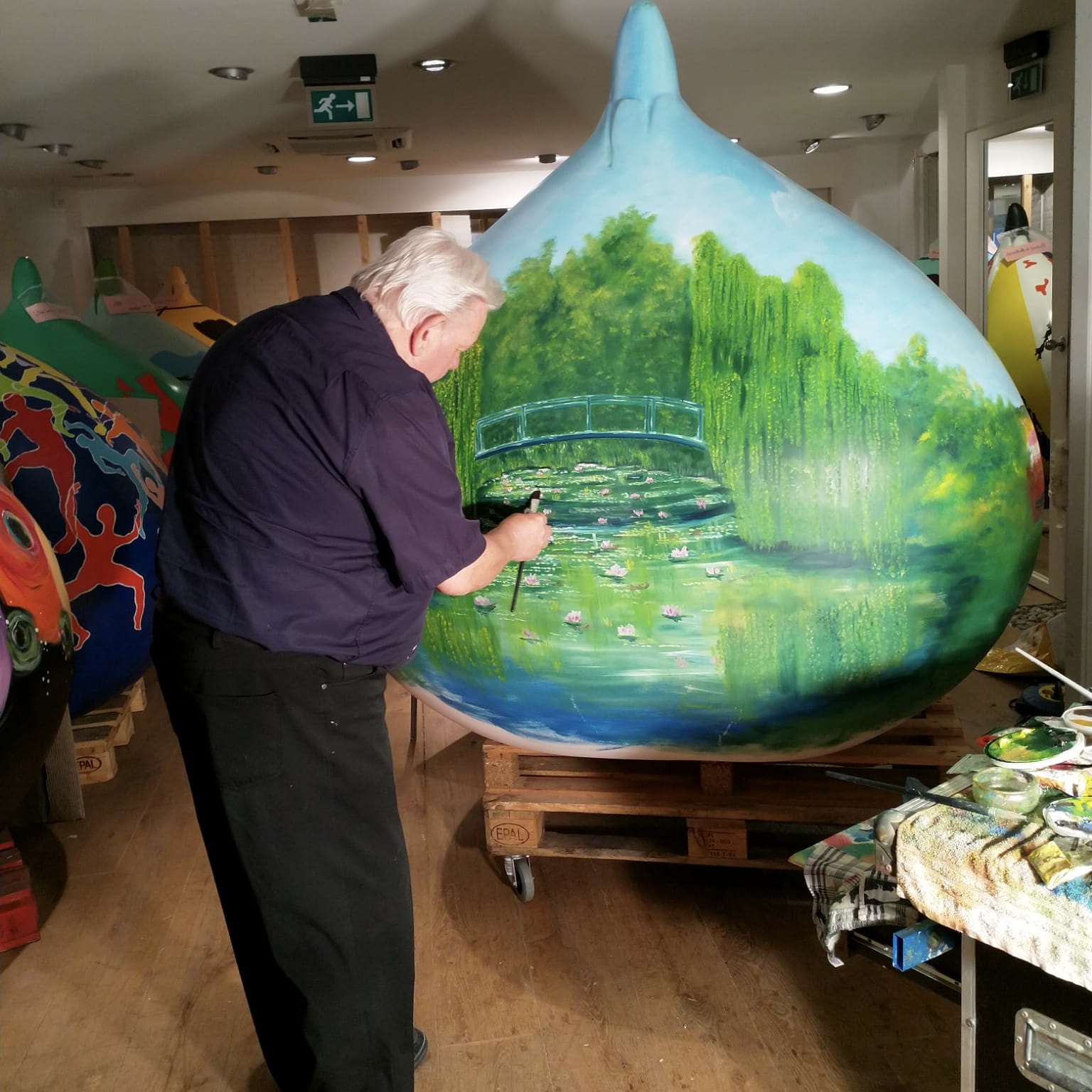 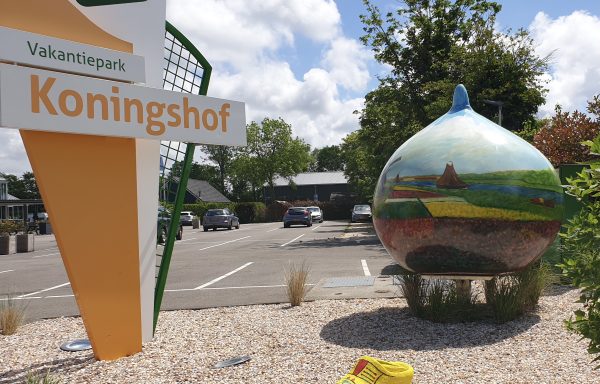