On this bulb you see Jan Six I (1818-1700) and his spouse Margaretha Tulp. His father Jean Six made a fortune in the silk- and cloth industry. In 1642 Jan Six’s mother bought the Elsbroek country estate in Hillegom. After her death, Elsbroek passed on to her son Jan Six in 1654.

Jan Six II (1668-1750) bought the Ambachtsheerlijkheid Hillegom (a fiefdom of the counts of Holland and West Friesland) in 1722, he also bought the Brederode’s dune “under Tetrode and Voglesangh” and three pieces of the Langevelder dune. In 1749 he also bought Hof van Hillegom, which would remain in the possession of the Six family until 1822. His progeny is also called “Six van Hillegom”. The Court is now part of the Town Hall in Hillegom.

The painter has made an artistic combination of these data, on the bulb the ‘sheets’ of Jan and Margaretha slowly merge into the flower fields of Hillegom. Also visible on the bulb is the coat of arms of the Six family and an artistic impression of the Hillegomse hangkous (hanging sock), based on the bronze statue, which can be found in Hillegom.

This Giant bulb is officially signed by Jan Six X at 09 september 2020 (this Jan is the 10th Jan Six and the 9th lord of Hillegom). 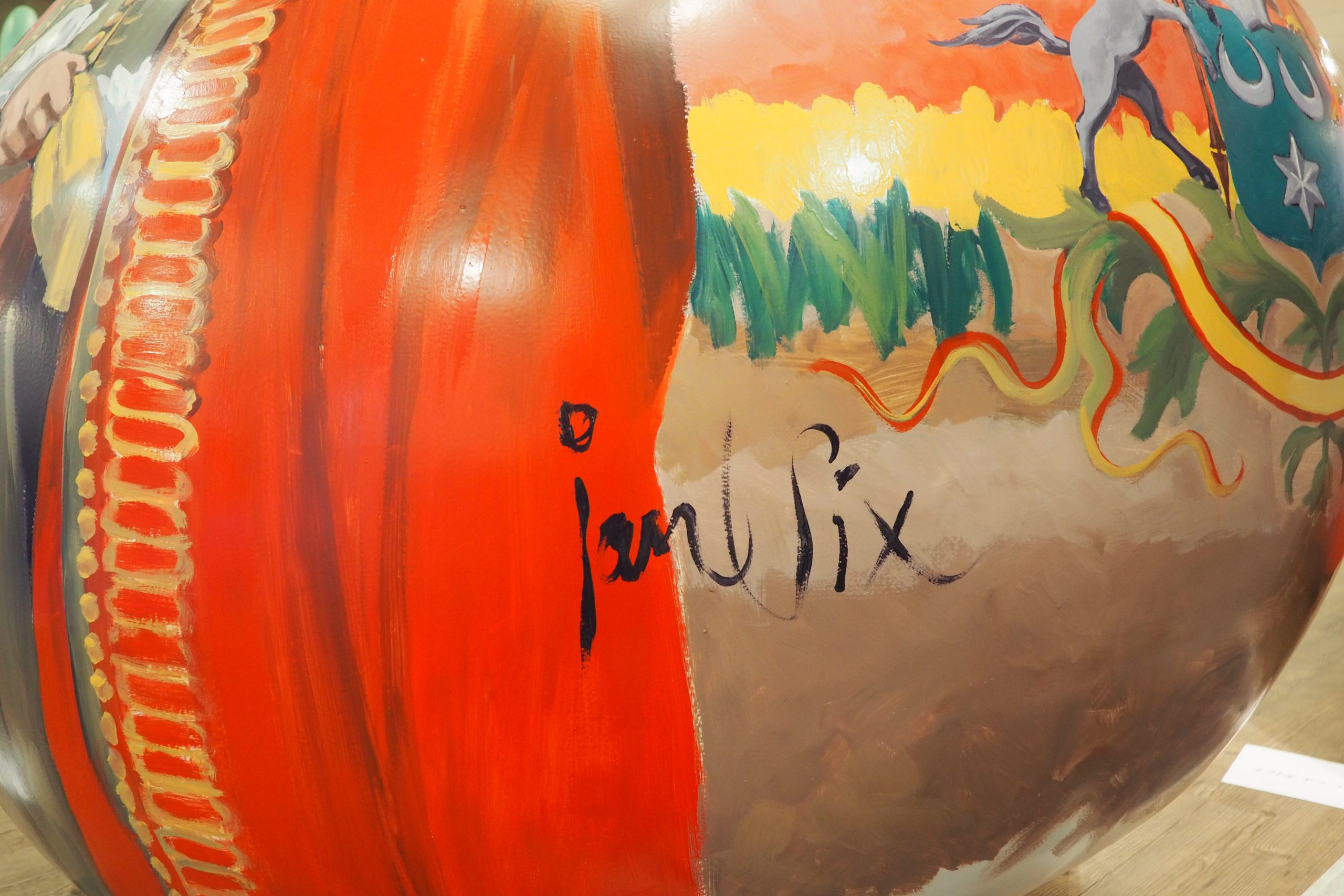 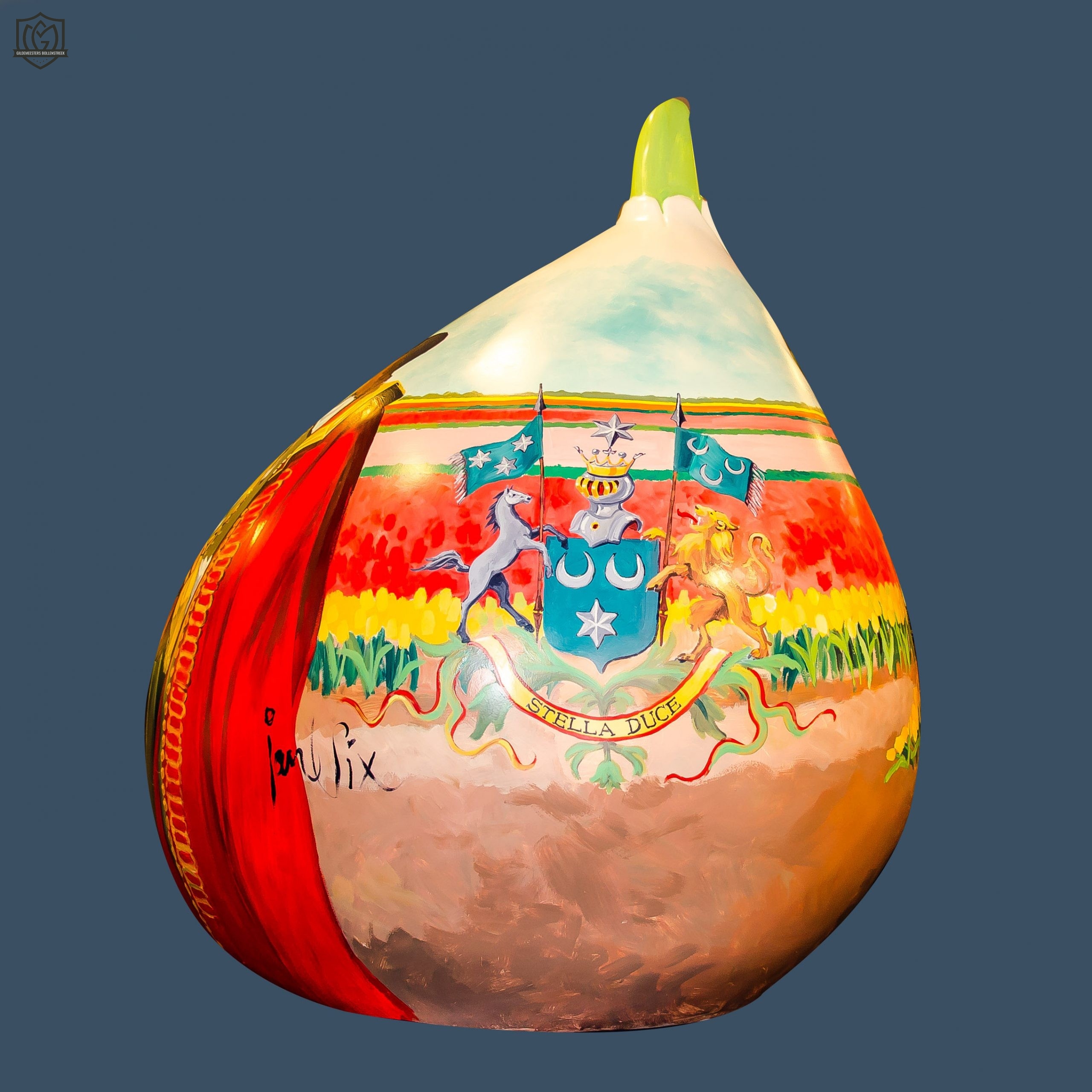 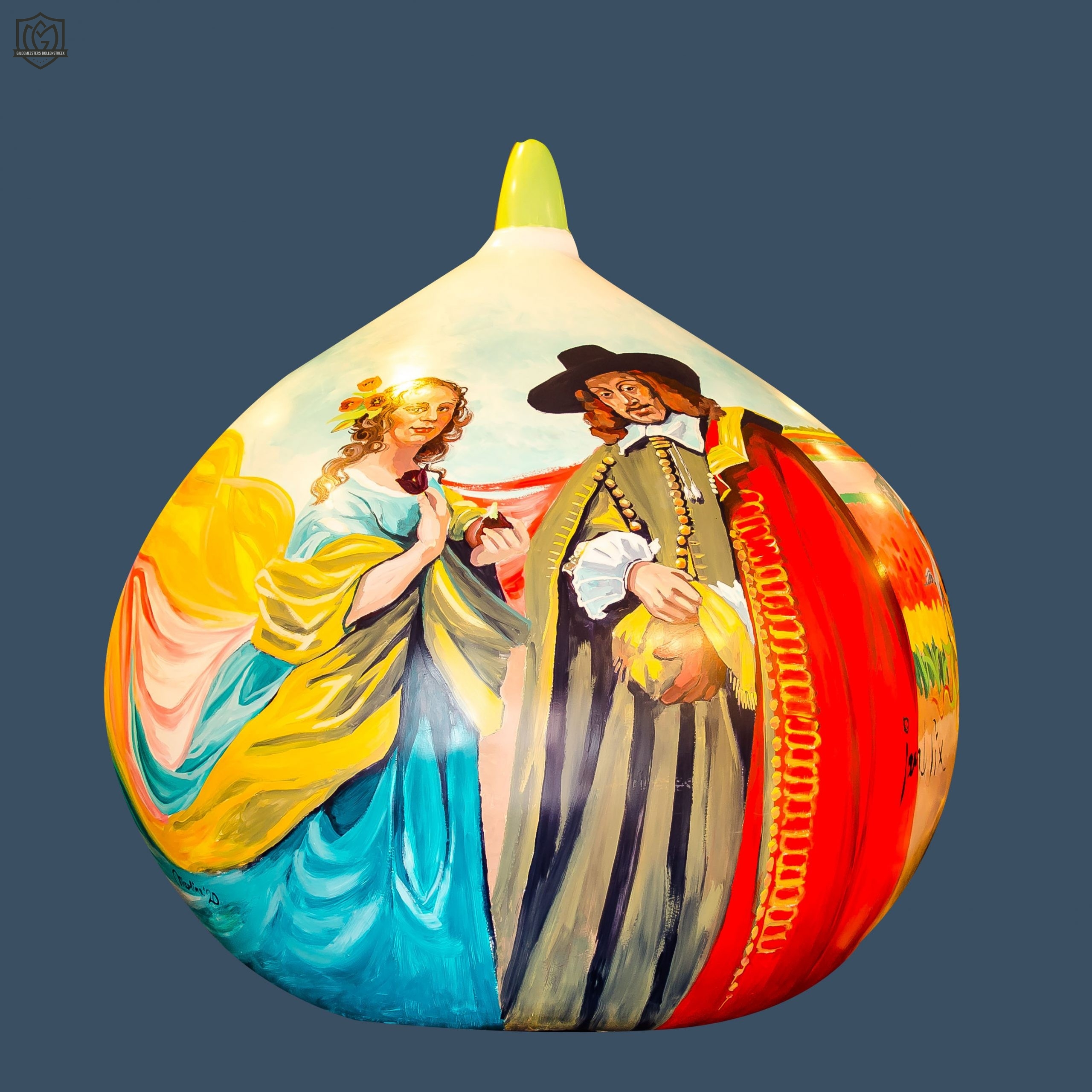 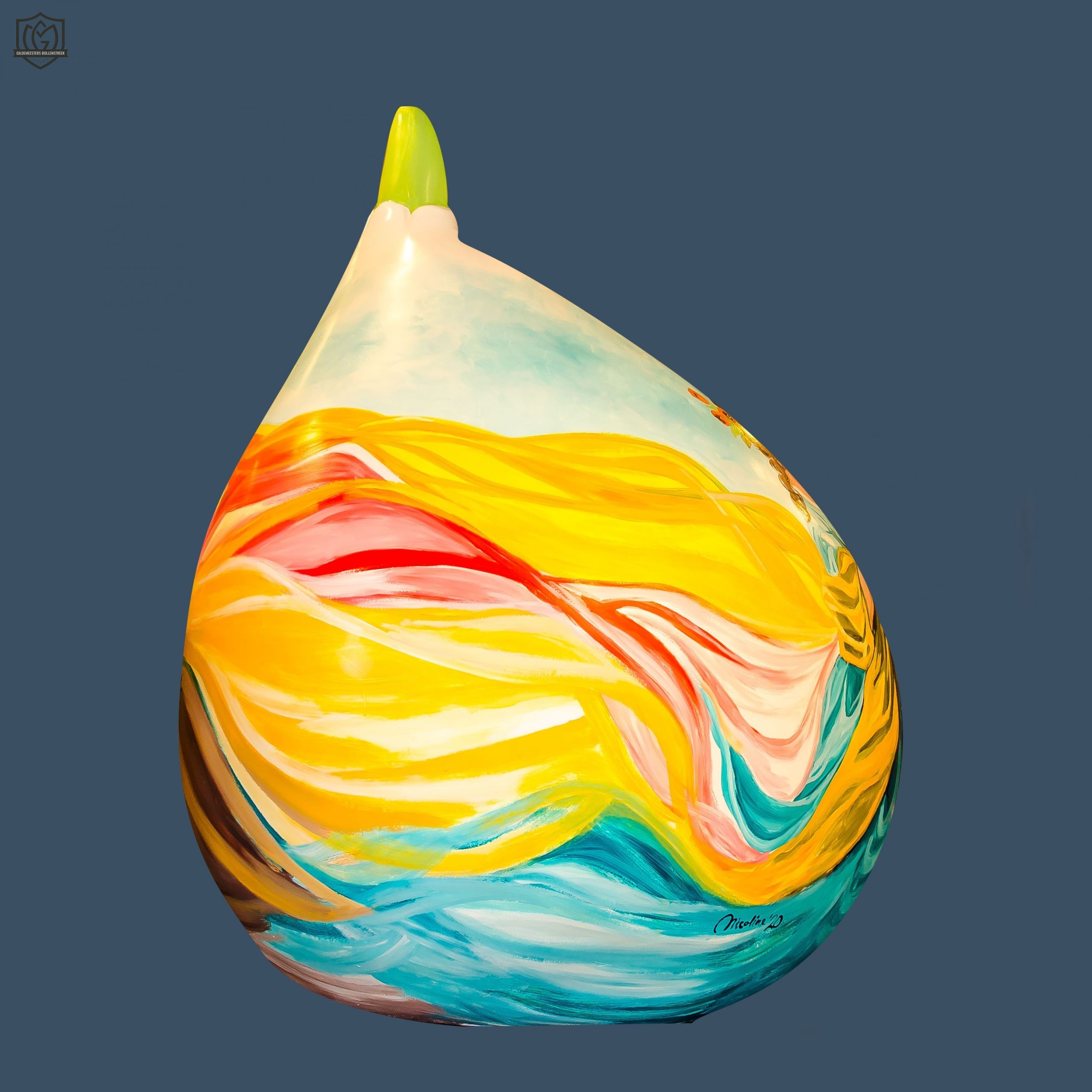 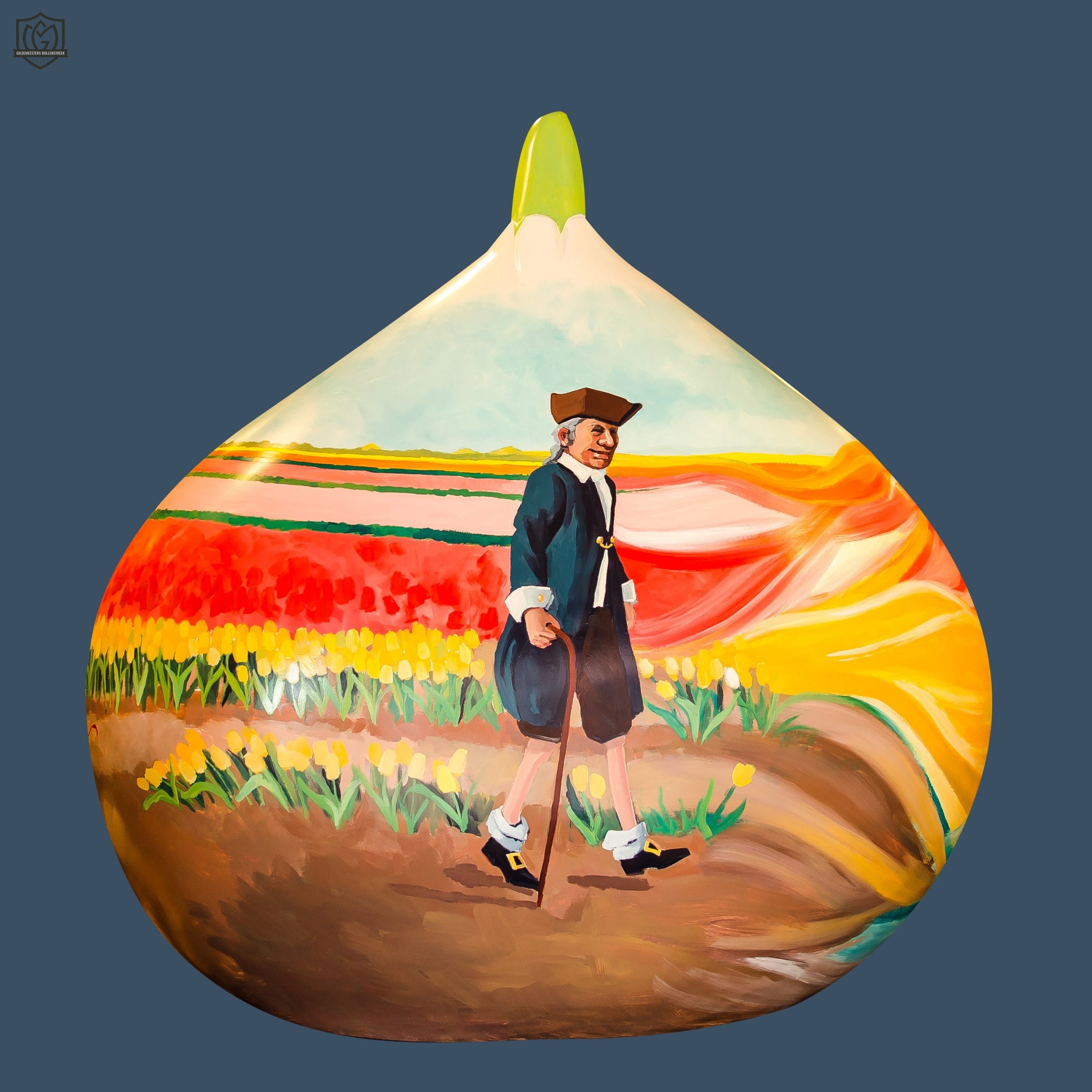 Nicoline is born in Sassenheim (1967) but lives in Warmond now, where she also has her painting studio at the Veerpolder 59. She studied drawing/painting at the Wackers Academy in Amsterdam (1994-1999). Nicoline was a fulltime illustrator at the design studio of Royal Sanders in Leiden and started her own business as a professional artist/illustrator. Her work is colorful and figurative.

To see her work: www.nicoline-heemskerk.com 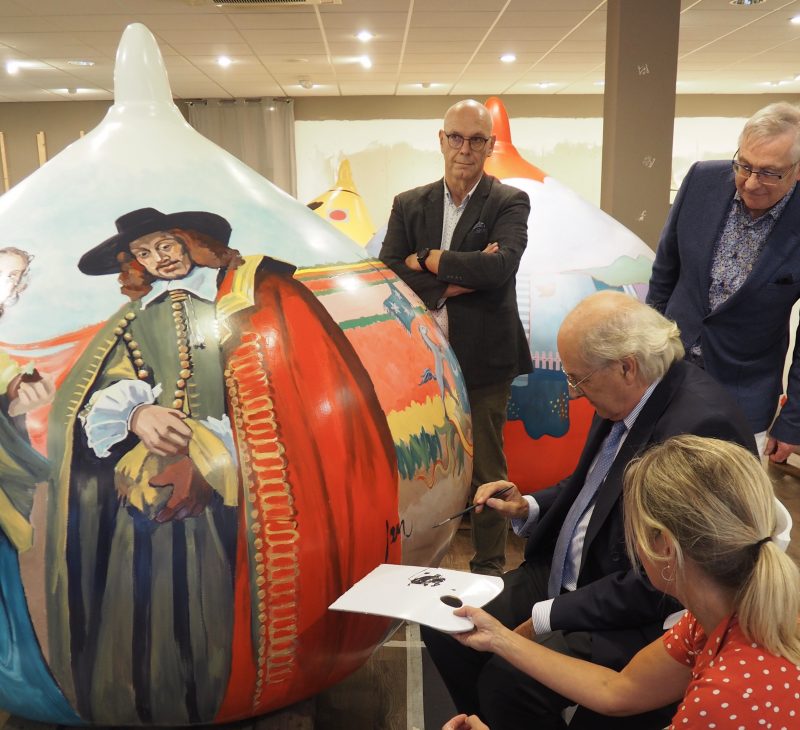 This Giant bulb is adopted by Hillegom marketing.

This bulb is located at the corner of Weeresteinstraat & Sixlaan in Hillegom.