The artist grew up in Katwijk. Her father sailed on the ‘Katwijk 164’; a fishing boat. For this reason she has painted this ode to her father on the back of the bulb; a barge surrounded by the beach and the sea, which she enjoyed so often with her parents, brother and sister in her youth. On the front of the Tulip bulb is a doll, which Marlijn is known for. The body is a tulip, which symbolizes the bulb region and Keukenhof. With black tulips next to it, referring to museum de Zwarte Tulp in Lisse. 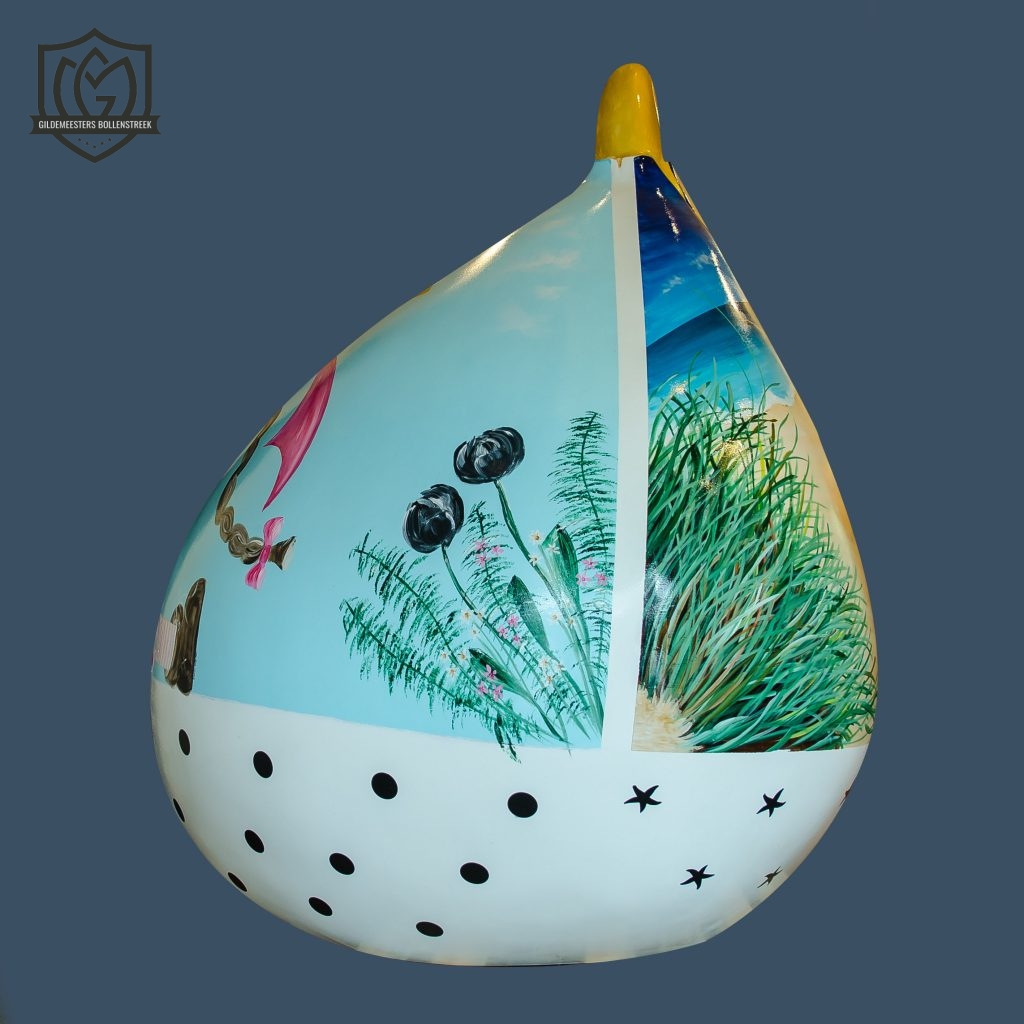 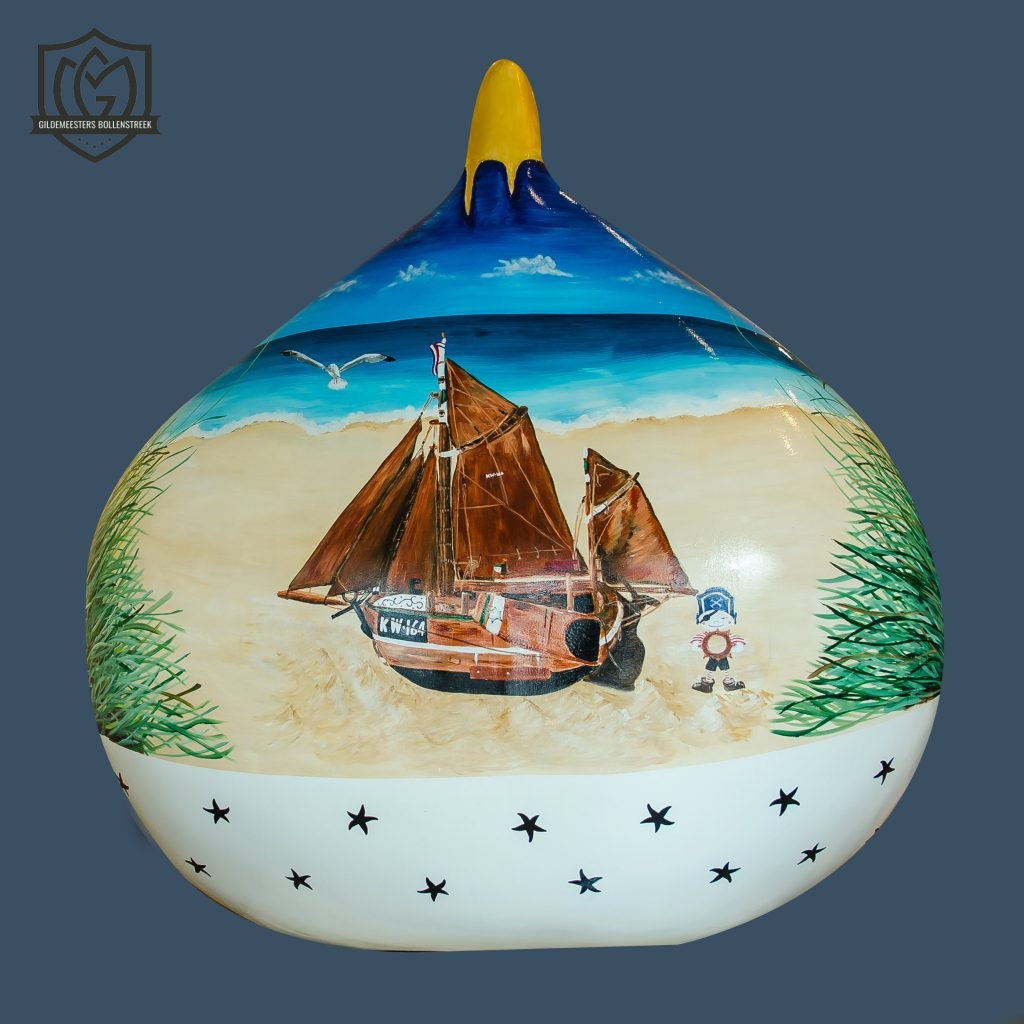 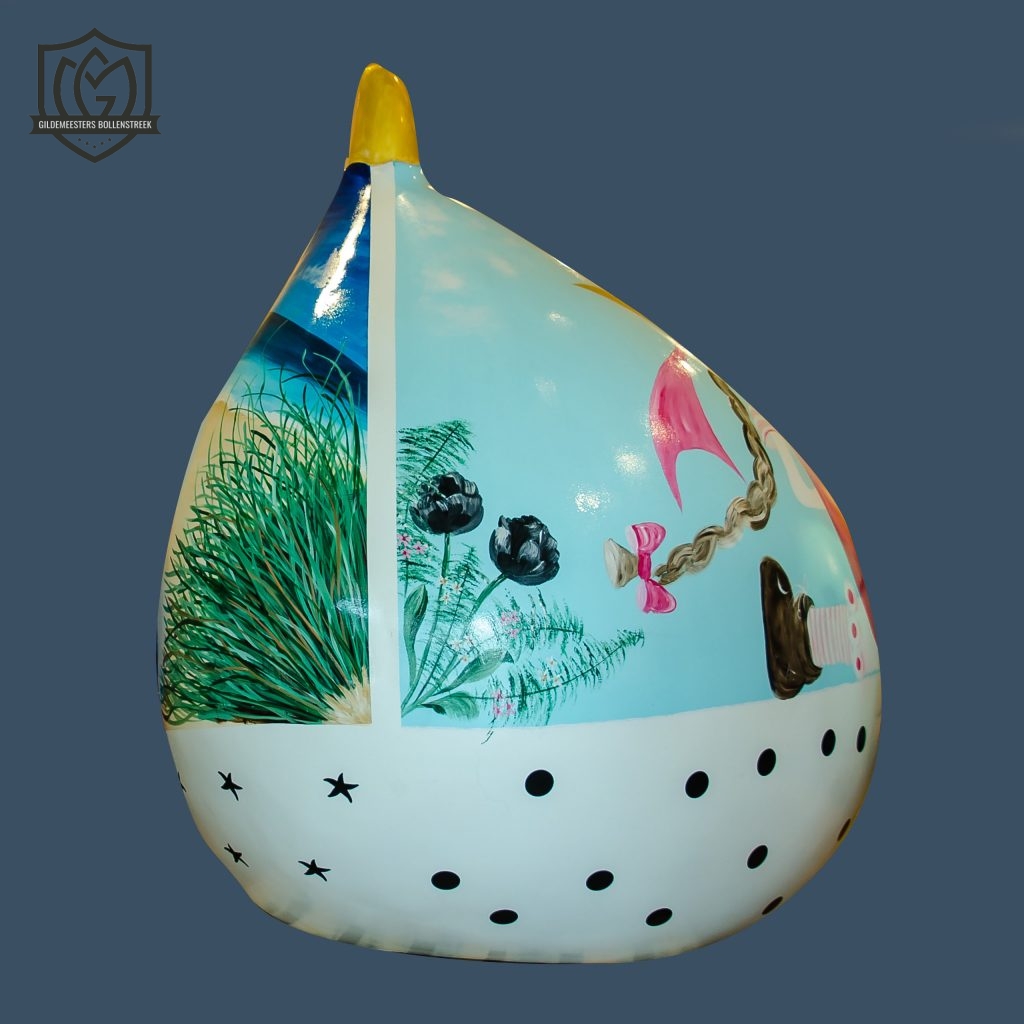 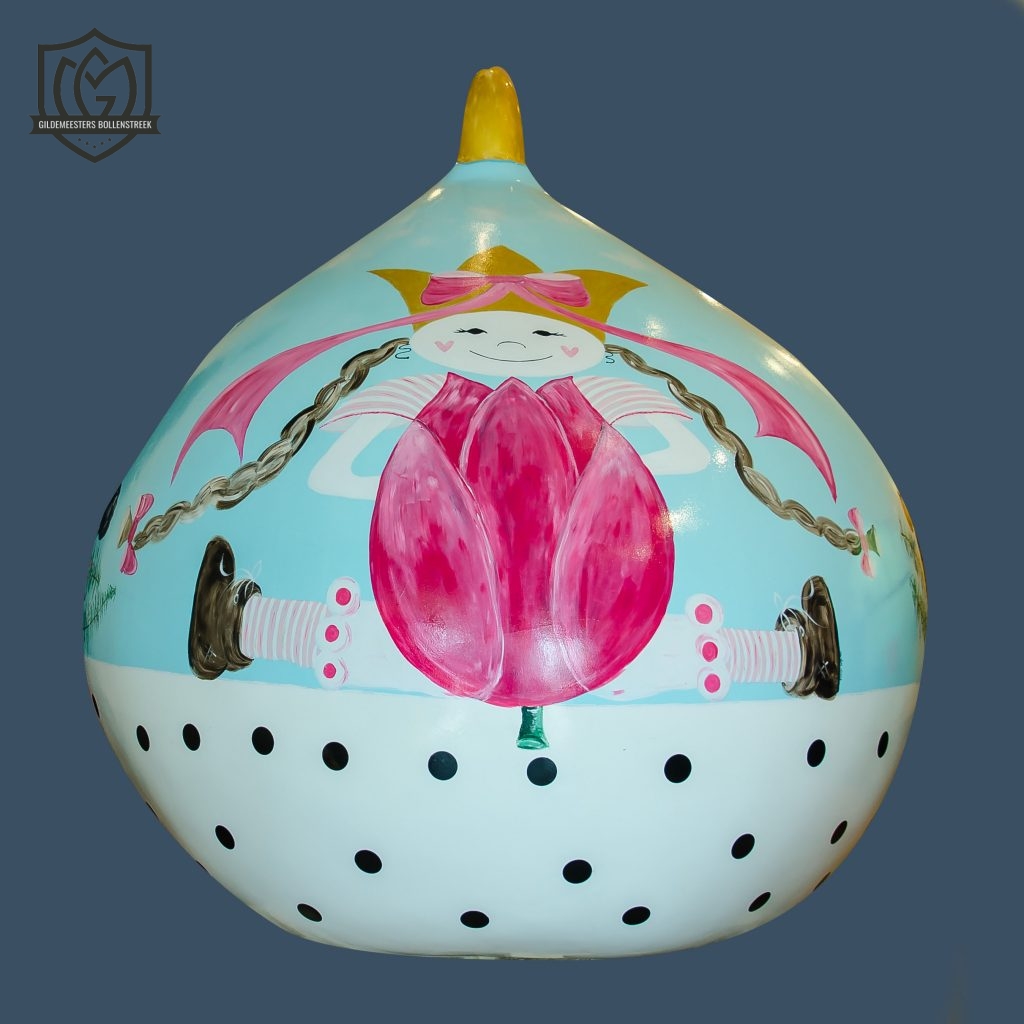 Marlijn started painting in 2005 after she went on sick leave due to melanoma cancer. Painting was a nice distraction in that period, she made dolls with arms and legs, in which she (which turned out later) had processed the disease. The cancer that was on her arms and legs was also on the arms and legs of the dolls. Each doll has a different body, such as a teapot, a clock or a flower and each doll has cheerful colors.  This way she has turned something negative into something positive and generated more awareness for melanoma cancer.

Several products have been made from the dolls, such as cups, bed covers, lunch boxes and much more, which are sold in her webshop. In addition to designing and painting, Marlijn works in healthcare and she plays in various films or TV series.

To see her work: www.marlijnpoppendijn.nl 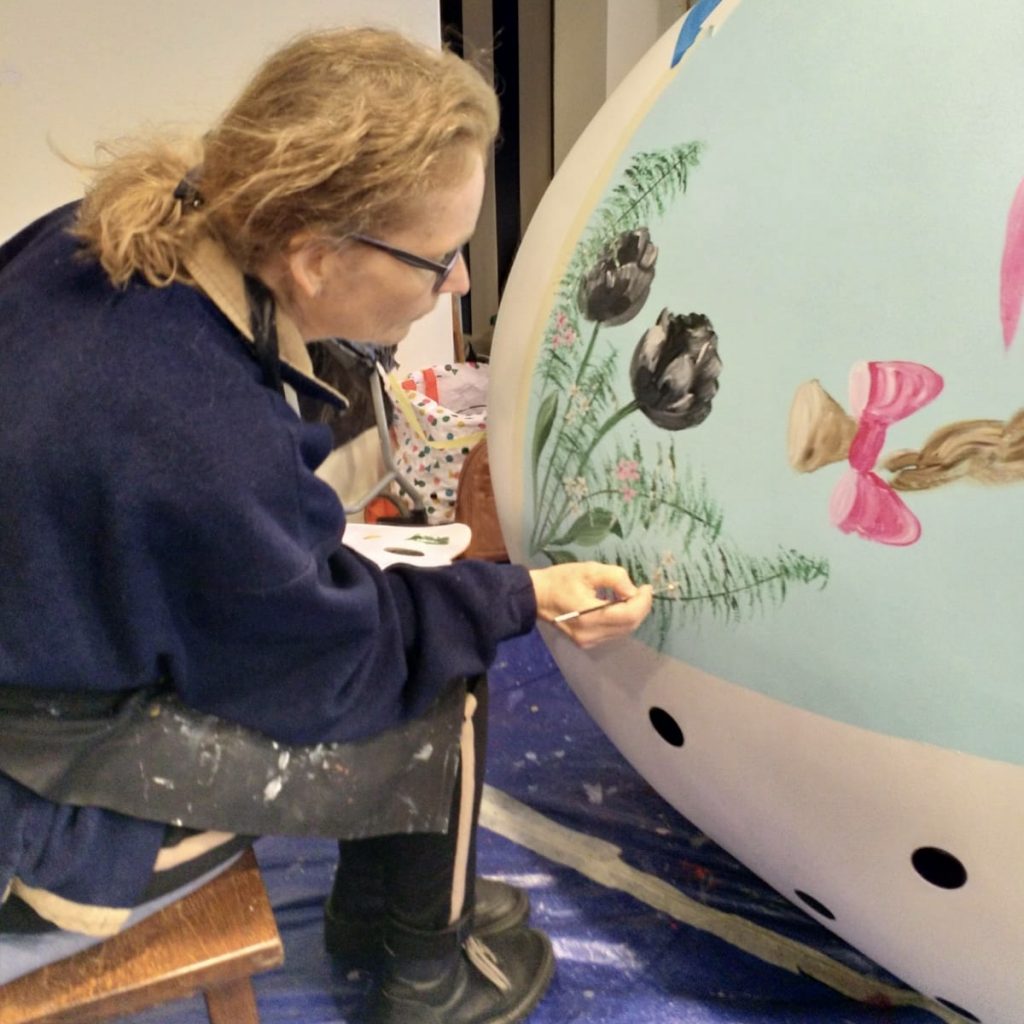 The bulb has not no location yet